With the news of sexual misconduct allegations against Harvey Weinstein(1), came massive exposure of the dark background within the entertainment industry. Moreover, a large number of A-list actresses are coming forward to address these issues and talk about how hard it is to succeed in the industry.

Gender inequality can be seen in film, music and dance industries worldwide. The pay inequality between genders can be seen most prominently in the film industry, where the battle has been ongoing for the last couple of years.

According to the web portal Odyssey, “there had been speculation that the gender imbalance was beginning to even out with the production of strong female characters such as Katniss Everdeen in the ‘Hunger Games’, Black Widow in ‘The Avengers’ and ‘Captain America: Winter Soldier’, or, surprisingly Merida in ‘Brave'”(2). When Disney, a company known for its portrayal of traditional gender roles (e.g. Snow White and Sleeping Beauty), starts making the leap toward gender empowerment the shift in the industry becomes clear.

Let’s address the question in the title by referencing the New York Film Academy’s latest statement: “Women buy 50% of movie tickets sold in the U.S.”. If we assume that this is similar across all continents, then we can agree that there is room for gender equality within the industry. The fight is ongoing.

What gender-inequality issues are you exposed to in the workplace? 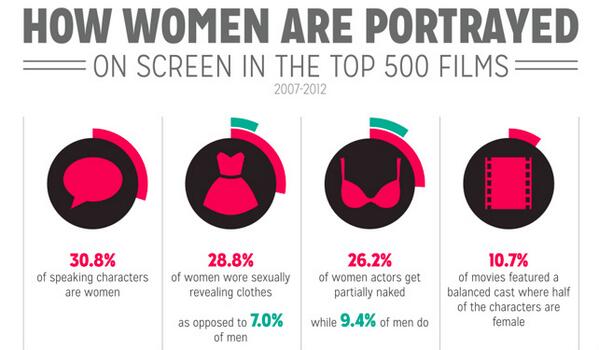 Get inspired to call for action reading articles on the Sustainable Development Goals that volunteers help write, proofread, edit, wordsmith, illustrate, manage and publish from AIESEC Alumni from around the world, and help us make the Global Goals famous by ordering our publications on Amazon and connecting with us on Facebook!